There is visible swelling in a ganglion because it’s where all of the cell bodies of the sensory neurons can be found, and cell bodies are bigger than the axon itself in diameter.

Thank you!
So is it right to say " ganglions are a group of motor neurons, relay neurons and sensory neurons cell bodies in the pns located near the spinal chord nerves"?

@AriHoresh I think I shouldn’t have mentioned relay neurons cell bodies here cause they are located in the CNS. so their cell bodies can’t be seen in ganglion.

It’s the group of the bodies of the neuron, not the entire neuron.
Do you see how the cell body is in the ganglia (13) next to the spinal cord? now imagine a lot of the same neurons, in that space you will have a lot of bodies, causing it to have a bigger diameter than the rest of the neurons. 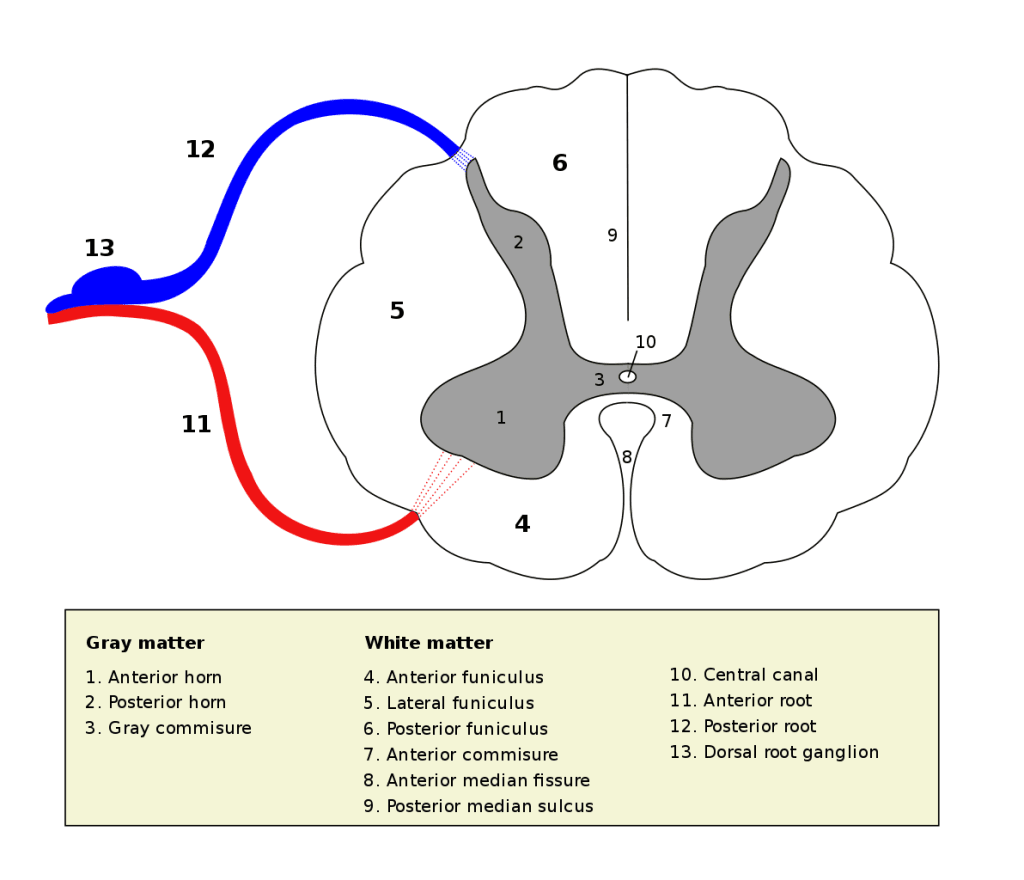