Genes A and B are on different chromosomes. What fraction of the offspring of the cross
AaBb x AaBb will be homozygous for all the dominant alleles?

The answer is D. May I know the explanation?

I would agree with @nihantokar
I have compared it with F2 gen of mendelian dihybrid cross. Or it could also be solved by product rule as mentioned above by Nihan. 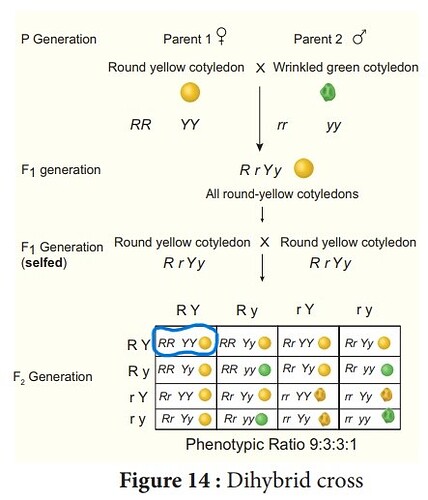 @Ibraheem_Saeed that’s the best way to solve this question in order to not get confused but as in the exam we have limited time I wanted to use the product rule.
thanks for sharing!

Isn’t is 1/16?
Because like homozygous for DOMINANT Alleles is essentially AABB. Which only happens once in a dihybrid cross.

Same I also think it is a typographical error