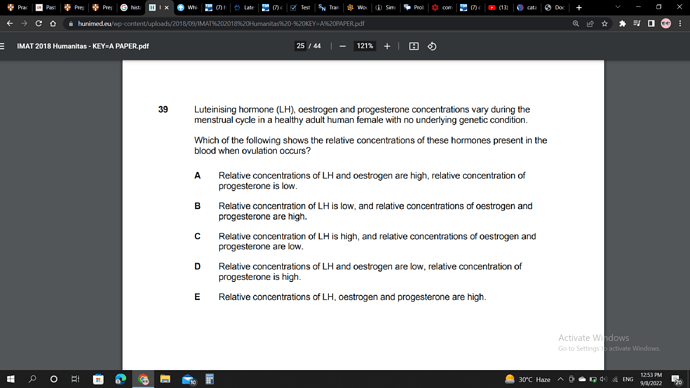 the answer key says A?

any help would be appreciated.

LH spike is the primary reason for the ovulation so it has to be high as well. As @Juliette_Touati said the FH also has a spike before ovulation but we aren’t concerned with FSH here so yep A option is right.

Hi!
Ignore what I replied, I think I confused FSH and LH
Anyway yes œstrogènes is relatively still high although the concentration is dropping
The trick is in the phrasing of the question