The table below shows the consumer price inflation and unemployment rate for 5 countries: 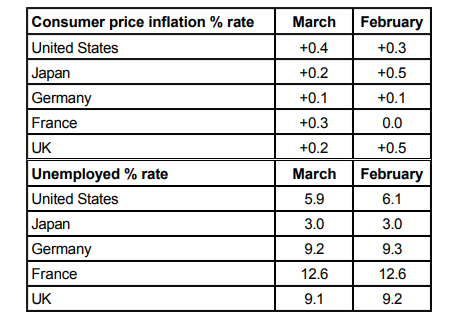 A newspaper comparing March to February reported that:

Which country is the statement referring to?

This is a very basic question than can be solved in two steps. First, we will find all countries that have a decrease in unemployment. Then, out of these countries, we will find the option that also has an increase in inflammation.

Note: The table is backwards here. Notice that March is the first column instead of February? This is why we need to be extra careful because this question almost seemed too straightforward to begin with. There is often a subtlety.

After Step 1 we can eliminate Japan and France as their unemployment rate did not decrease.

The United States is the only one with an increase in inflation and a decrease in unemployment.

\fcolorbox{red}{grey!30}{Therefore D is the correct answer.}