Which general famously crossed the Alps with his army?

The Commander Hannibal needed to take the Second Punic War, around 218 BC right into the Roman Republic from Carthage (Modern Day Tunisia).

He took an unexpected route. Instead of following the coastline or going by sea, he crossed the Alps, to the surprise of the Roman Empire army.

Leading a Carthaginian vast army of 30,000 troops, 15,000 horses and 37 war elephants, he crossed the mighty Alps in only 16 days to launch an attack on Rome from the north. 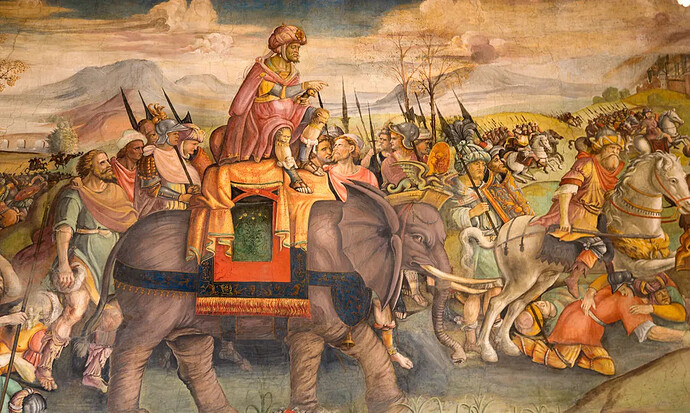