Which of the following are directly produced during photolysis of water?

Photolysis is splitting water molecules in the presence of light into proton, electron, and oxygen. This process occurs during the first part of photosynthesis, commonly known as "non-cyclic photophosphorylation (by non-cyclic, we refer to the first part, not the Calvin cycle). The protons are used to reduce NADP, and the electrons are fed to photosystem II. Oxygen is released as a waste product.

In the following diagram, we can see the example for photolysis during the first part of photosynthesis: 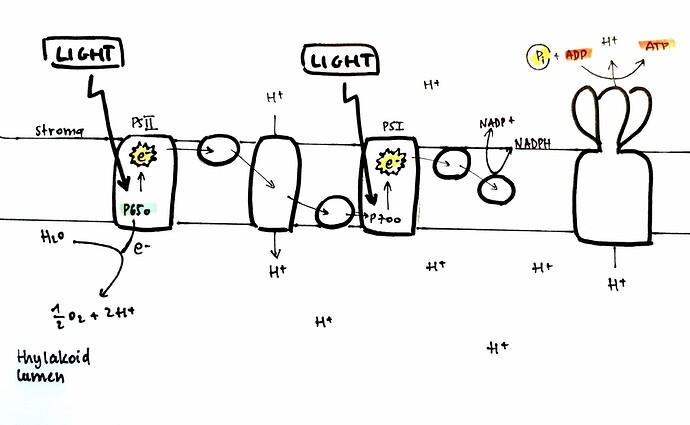 Remember, there are three key elements to photosynthesis:

The primary condition for photosynthesis is the presence of light: under its influence, carbon dioxide is coupled with water and then split into a carbohydrate (glucose) and oxygen.

The entire process is only possible thanks to the photolysis of water occurring right at the beginning (water in our case, but it depends on the organism, it can also be other metabolites).