The diagram shows a single sarcomere in a relaxed state. 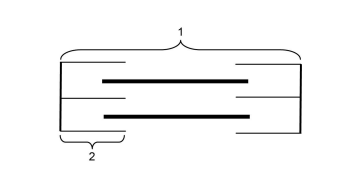 Which answer describes the changes when the sarcomere contracts?

The answer to this question is choice B, 1 gets smaller, and 2 does not change.

The diagram given in this question is the sliding filament model of contraction, and it would be useful to be oriented to the parts of this diagram or model (only those that are relevant to this question, other information regarding terms like the H band, A band and I band will not be discussed here to avoid confusion.)

What exactly happens when muscles contract?

How is this now then relevant to this question/interpreting the diagram?

It now makes sense why choice B is the correct answer.