The diagram shows the change in potential difference (pd) across the cell surface membrane of a sensory neurone. During which one of the phases (1–5) are the Na+ gates of the neurone open? 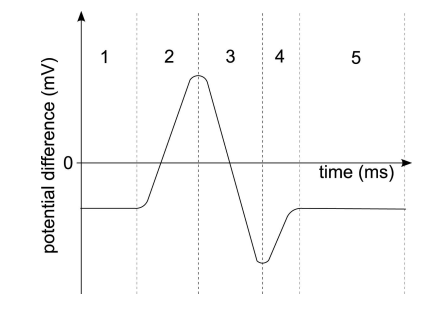 The correct answer is D.

To understand this question, we have to know what a resting and action potential are.

What is a resting potential ?

What is an action potential ?

An action potential is the inversion of the polarity of the cell membrane caused by a stimulus that is strong enough to surpass the resting threshold ( between –50 and –55 mV).

It can be divided into different phases : 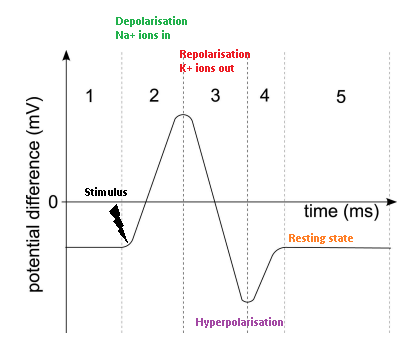 Therefore, number 2 is the depolarisation phase, which is caused by the opening of the Na+ gates.