Which option correctly identifies the site of the light-­dependent reactions in photosynthesis (S), the hydrogen carrier (H) used and its end state (N)?

The correct answer is C.

Photosynthesis, like the name suggests, is the synthesis of organic matter under the influence of light. The bio products are oxygen and glucose, which is a type of sugar.

It is the process that allows plants to create its tissues, combined with the extraction of minerals from the soil.

There are 3 key elements to photosynthesis :

The main condition for photosynthesis to happen is the presence of light : under its influence, carbon dioxide is coupled with water and then split into a carbohydrate (glucose) and oxygen.

What are the light dependent reactions ?

First, we have to talk about the chloroplast. It is a plant organelle that is composed of different structures :

Therefore, the light dependent reactions occur in the stroma and not the granum. 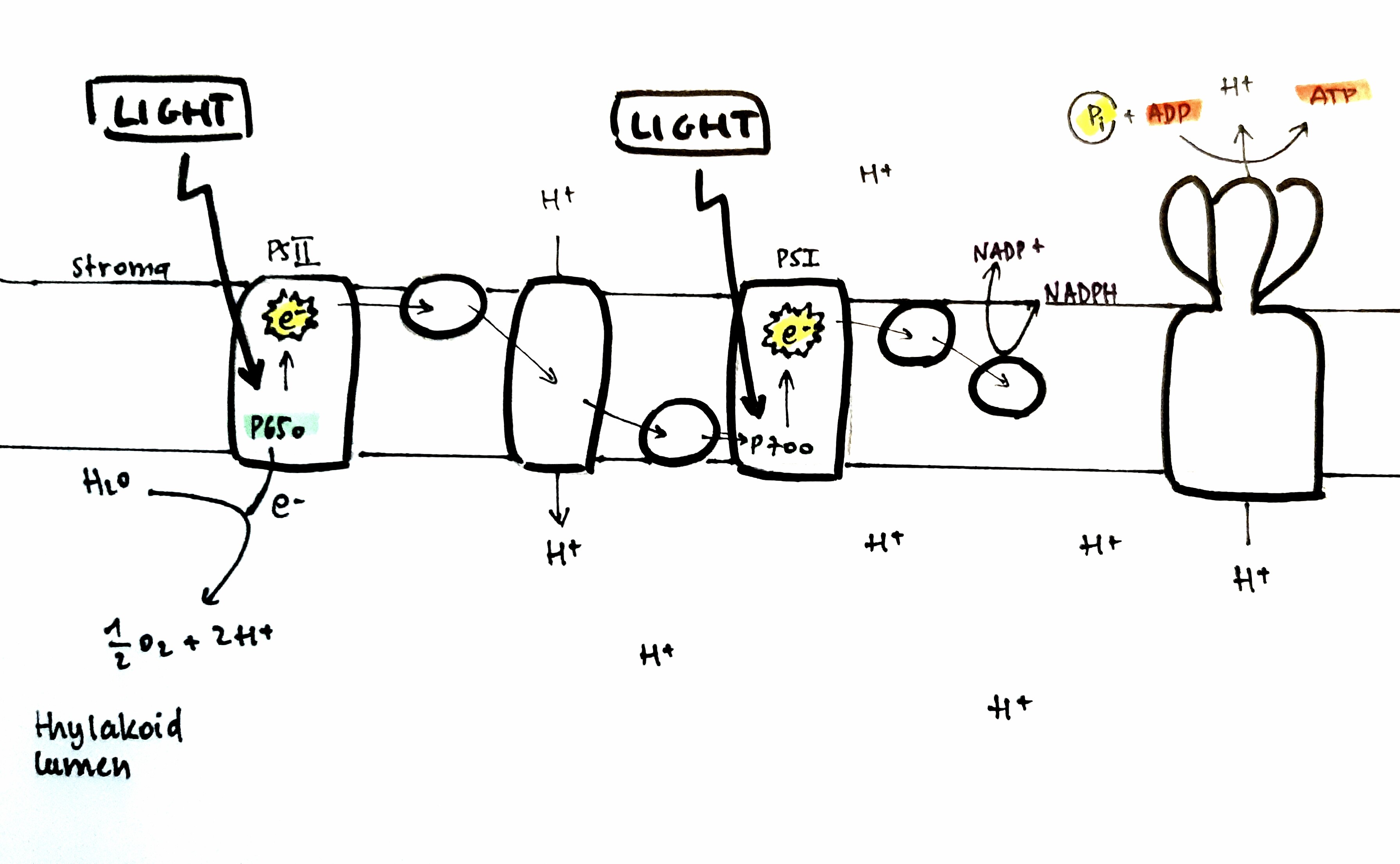 The light energy increases the electrons’ free energy and ultimately allows the production of NADPH = the reduced form of NADP. 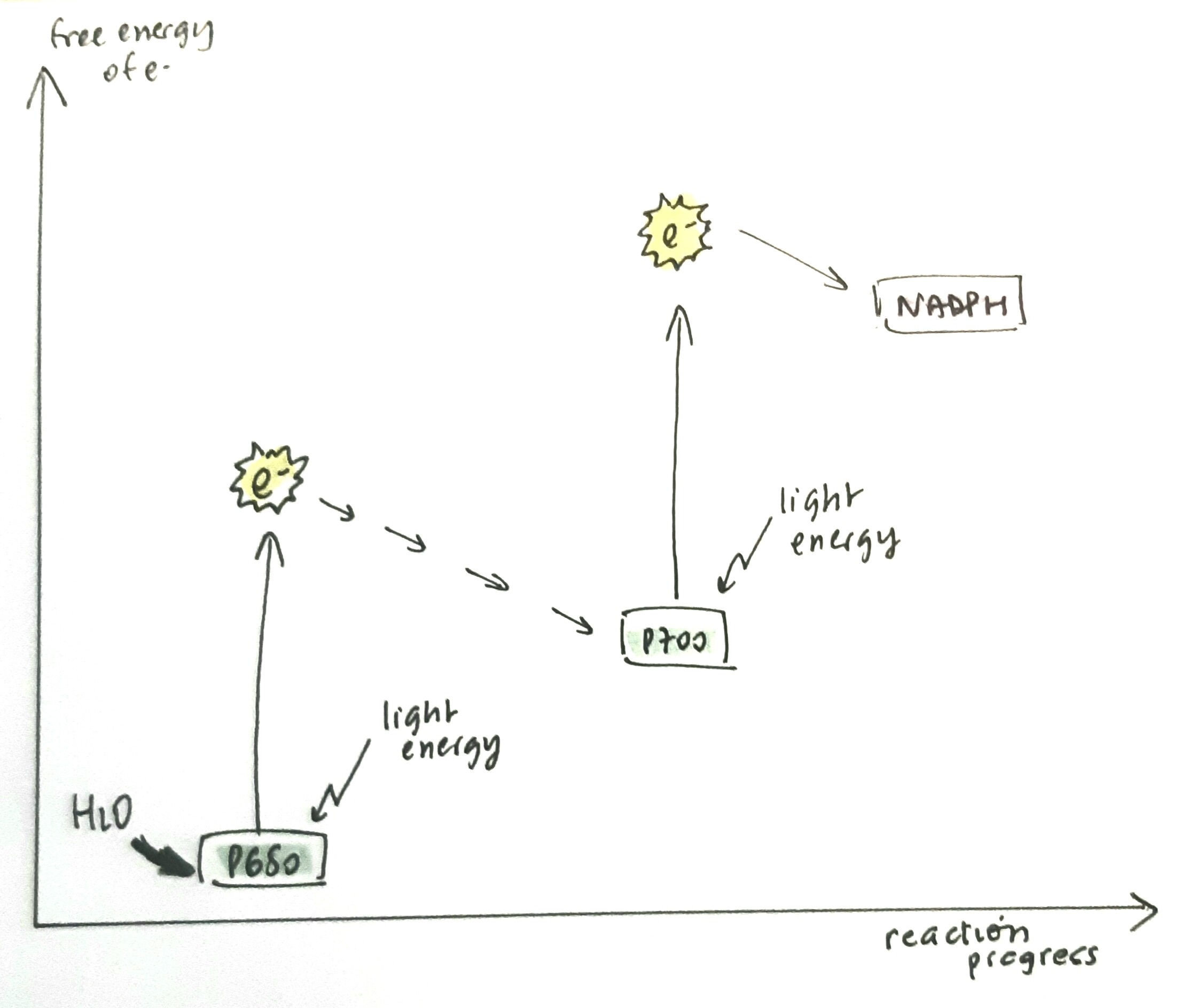