Which pie chart, suitably labelled, shows the current state of the parties in the Parliament? 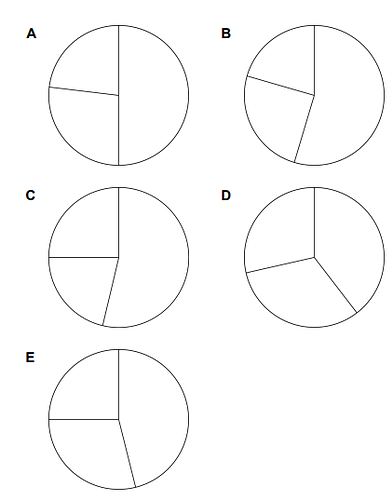