Which one of the diagrams (not drawn to scale) represents a structure that is formed by mitosis ? 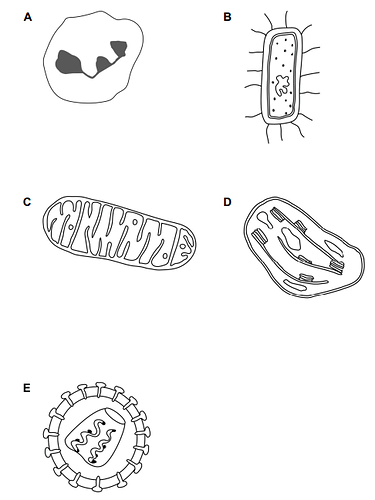 The correct answer is A : the immune cell.

It is a type of cell division that begins with the duplication of the DNA.

Its purpose is to ensure cell multiplication for tissue repair or growth.

In other words, from a single diploid mother cell (2n), 2 diploid daughter cells (2n) are obtained.

A diploid cell has 2 complete sets of chromosomes, usually written as being a 2n cell, as opposed to a haploid cell, that only has 1 set of each chromosome, and written as a n cell.

In which cells does mitosis occur ?

Therefore, it is important to be able to recognize the different structures :