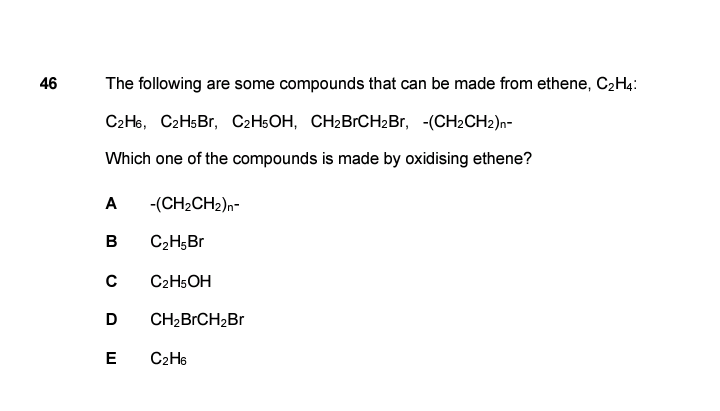 this question has already been answered

This link is not working for me

To simplify things just look at what is beijg added and removed dont count them all. Now with that in mind, the first one, you added 2 hydrogens, each carbon is reduced as each carbon will change by -1.

2nd, HBr is added, one carbone is reduced by Hydrogen, -1 and the other is oxidized by Bromine so the carbon becomes +1, so they cancel out.

3rd, oxygen is more electronegative so the carbon its attached to becomes +1 and the other carbon gets a hydrogen becoming -1, again they cancel.

5th, is a polymer, it doesnt tell us anything.

hi! can you elaborate how you used the electronegativity to find Carbon has +1 charge? what is the rule? thank youu