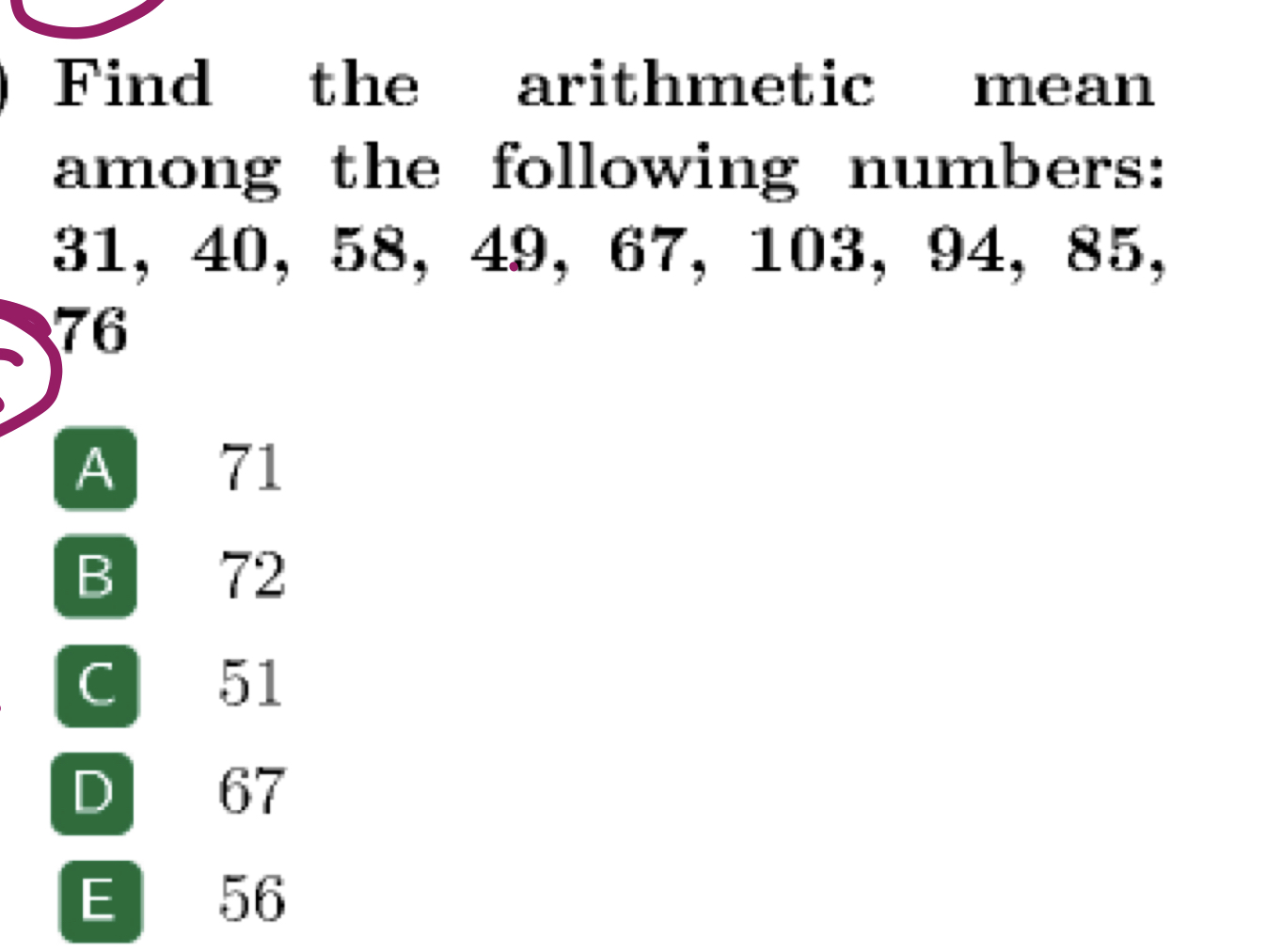 Hey!
Here we should find The number that is in the middle of all other numbers… which is 67

in this case, the question says arithmetic mean isn’t that sum of all/# of numbers pretty much the average?

Yes exactly …
This question is asking median… so in my point of view it’s wrong.

Since the consecutive terms differ by constant quantity (+9), we just need to take the first and the last number, add them both and divide the sum of two by 2, to calculate the mean. So: 31+103=134, 134/2=67 What makes this question tricky is the order of the consecutive numbers.