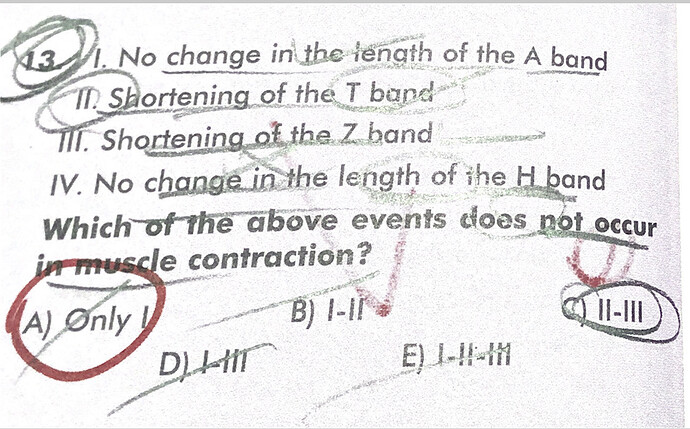 image1125×701 281 KB
i thought the A band has no change in length but am I wrong about this one?
EDIT: i asked my teacher and we concluded that the question is totally wrong, thanks for everyone who tried to understand this one

Yes the A band does shorten in contraction. The A band consists of both the actin and myosin filaments so it does shorten as the H band (only myosin) also shortens. It’s the I band that doesn’t change as it only has actin. Hope this helps!!

I actually think A band stays the same in one sarcomere during the contraction, because it is basically the full length of myosin microfilament, which does not change its length. The only ones that shorten during contraction of muscle are H band (myosin only) and I band (actin only).

The Z band also doesnt change because it interconnects actin filaments and separates one sarcomere from another. I havent heard about the T band though:D

Here is a picture to visualise it: 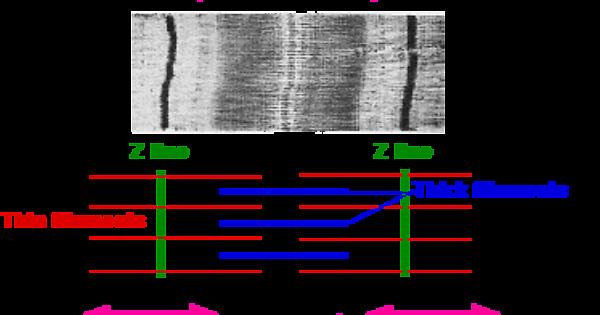 in the book, I was studying it said directly that H bands don’t change in any length but the answer afterward was this so I think there may be a problem with the question too
thanks for the photo and clearance!

Oh yeah omg I switched the I band and the A band haha. That’s right. I wonder what the T band is though, I haven’t heard of it

i don’t think there is a T band, i think they are trying to confuse you given how many things in the sarcomere start with T (troponin, tropomyosin, thick filament, thin filament, titin…)